"Pro - it's like the original NASCAR. Con - except the vehicles only have one horsepower." [Jimmy Fallon]

Here are 10 little known facts about the legendary racing event.

Number 10. Jockeys have strict weight requirements. At the Kentucky Derby the maximum is a scant 126 pounds, which is considered the limit the horses can handle. Riders have been known to take extreme measures to pass the pre-event weigh-in, including inducing vomiting, jogging in rubber suits, and taking diet pills.

Number 9. It never gets rained out. That's not because the sun is always shining at Churchill Downs, it's because rain or shine, they run anyway, and have been doing so since 1875.

Number 8. Number 8. The winning horse is draped with a garland of 554 red roses. That's how many are in the garland that's draped over the victor. It's also why the race is sometimes referred to as 'The Run for the Roses'. Incidentally, the jockey only gets a bouquet of 60.

Number 7. The maximum participation age is 3. For the horses, that is. Considering thoroughbreds can live to be up to 30, their window for glory is quite small.

Number 6. Stephen Spielberg is a fan. In 2003 his horse Atswhatimtalkingabout was the Derby's 4th place winner.

Number 5. It's among the most expensive sporting events in the US. 2014's top Derby ticket price is listed at 93 hundred dollars, making it the second most expensive one in sports. The Super Bowl has it beat by a few grand, but football games also last a lot longer than horse races. The Kentucky Derby is not called "The Greatest Two Minutes in Sports" for nothing.

Number 4. 120 thousand mint juleps are served up over Derby weekend. And that's just at Churchill Downs.

Number 3. Weird names are welcome. The roster of past winners includes horses named Lil E. Tee, Pleasant Colony, and, Mine That Bird. Of course, there was also Fusaichi Pegasus.

Number 1. The gold trophy takes months to make. The 18-karat gold horse topper is cast, but the rest is carved by hand. To have it ready by race day, craftsmen begin work in the fall and devote hundreds of hours to its completion. 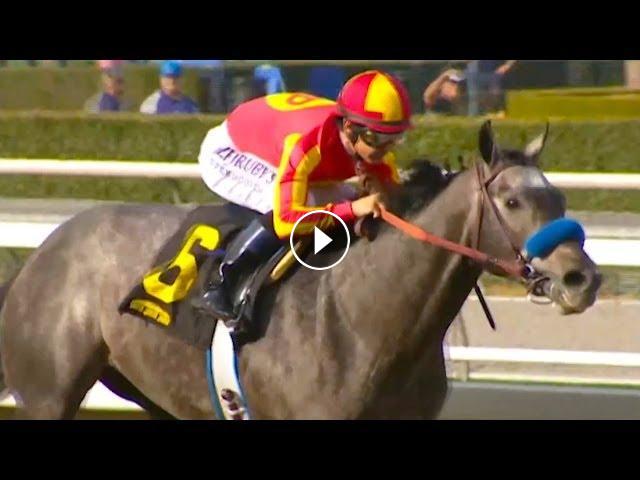 Here are 10 little known facts about the legendary racing event. "Pro - it's like the original NASCAR. Con - except the vehicles only have one ho...