Actresses' Earnings Were Just Released, You'll Be Amazed By Who's On Top.

admin
We all know that, unfortunately, actresses make less than actors in Hollywood. Now we know who's been making the most out of the smaller portions in the past 12 months thanks to Forbes Magazine.

It should come as no surprise that Sandra Bullock topped the list at $51 million and was followed in second place by the unstoppable Jennifer Lawrence. Oddly enough though, Lawrence is only a $34 million, but Bullock had worked out a great deal on getting some of the benefits from Gravity which netted her a cool 20 million bucks.

There are a few surprises in the list below, but I was a bit amazed that Scarlett Johansson was only sitting at $17 million given her busy schedule. I think that the male equivalent in the same stage of his career is clearly grabbing some more movie bucks from the clutches of the studios in a year (Bradley Cooper made an estimated $28 million in June 2012 to June 2013 and has not been in nearly as many films). I am not about to go on a rant about pay equality in Hollywood, but I will say that this seems a bit lopsided to me from where I sit. The ten names below have all made some of the best movies in the past few years even better. The Hunger Games would fall apart without its Katniss and her salary and compensation is nowhere near the mammoth deals that Robert Downey Jr. locks in as the suited up Iron Man in MARVEL's world. Maybe I should become an agent in Hollywood and champion this cause. Actually, sounds like a tough battle. In the meantime I will at least stand by my point.

Actresses' Earnings Were Just Released, You'll Be Amazed By Who's On Top. 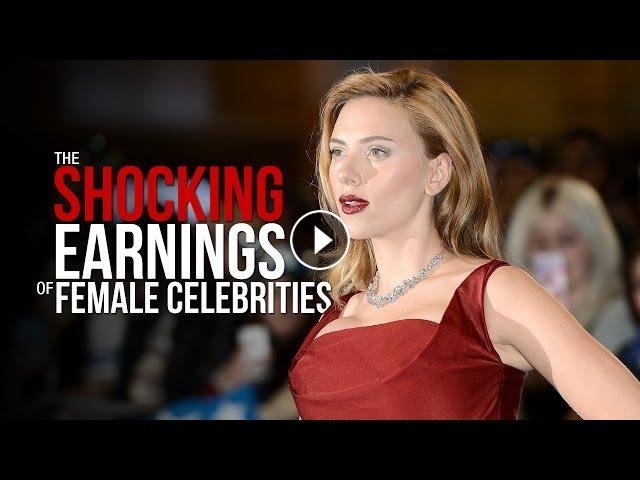 We all know that, unfortunately, actresses make less than actors in Hollywood. Now we know who's been making the most out of the smaller portions in t...