admin
Jermaine Fowler, David Koechner, Maz Jobrani, and Rell Battle stop by Google Chicago to discuss CBS's Superior Donuts as Season 2 kicks off.
About the show:
Superior Donuts is a comedy about the owner of a small donut shop that’s located in a quickly gentrifying Chicago neighborhood. Arthur, the owner of the shop, is a gruff, to-the-point Chicagoan who refuses to sell newfangled cronuts and macchiatos or renovate his dated shop that hasn't changed since it opened in 1969. That all changes when enterprising go-getter Franco (played by Jermaine Fowler) fast-talks his way into Arthur's life as his new (and only) employee, and convinces him that he can bring the shop—and Arthur—into the 21st century.
Check it out here: 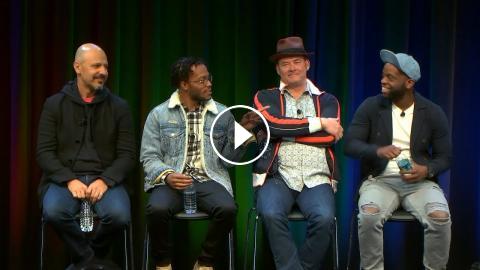