Added 2 years ago by admin
141 Views
Dan Harmon (Rick and Morty, Community, Harmontown) stops by Google to Talk about his creative process, his ongoing projects - including the upcoming season 3 of Rick and Morty, Dungeons and Dragons, and if reality is just a fart.
Dan Harmon is a seasoned writer for film and television. He is the creator and executive producer of NBC’s “Community”, co-creator of Adult Swim’s animated series, “Rick and Morty”, and co-creator of Comedy Central’s “The Sarah Silverman Program”. Harmon co-wrote the Academy Award ™ nominated film, “Monster House” and the now famously failed television comedy pilot, “Heat Vision and Jack”, with writing partner Rob Schrab. He and Schrab founded Channel 101, a website celebrating innovative new web series. Dan also performs a weekly live show and recorded podcast, called “Harmontown” and has "Harmonquest" on Seeso.
Moderated by Dana Han-Klein 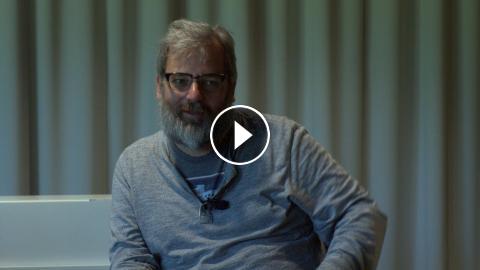 Dan Harmon (Rick and Morty, Community, Harmontown) stops by Google to Talk about his creative process, his ongoing projects - including the upcoming s...