Fayt
Don’t Even Think is an asymmetric PvP survival game which is free to play. Officially available on the PlayStation Store on 10 July, North America will be the first stop in the launch plan.

The game gives the battle royale genre a different concept. The battles will be more interesting and exciting. During an intense battle, fighting alone will not be a wise decision. When the time is right, you might get an unexpected result by cooperating with other players. Collect information, analyze the information, and make your strategy work will be the key to your victory.

In the game, players can choose to play as “Humans” or “Werewolf”.

—— The warriors who survive at dawn
In the game, humans are combat units that use guns to attack. Three humans will form a team and there will be multiple teams.
The silver bullets are an effective way to deal with the werewolves, however, they are rare, and they need to be loaded into revolvers.
Humans need to find weapons and ammo during the cold night. They need to collect the resources and keep themselves warm while looking for the information that will help them escape. By boarding the plane by the dawn, the humans will claim the victory.

—— The hunters who are heartless and ferocious
Werewolves are individual units with incredible close combat abilities, breaking the battle balance of the human teams, and turning it into an asymmetric survival situation.
Werewolves need to find rotten bodies and drink their blood to acquire powerful abilities. They need to locate the humans by the light and smoke, hunting them down when the time is right. By eliminating the humans and stop them from escaping, werewolves will be able to claim the victory.

Live or die, you should never give up.
When facing adversity, weak animals choose to escape and give up, while the wolves choose to fight. 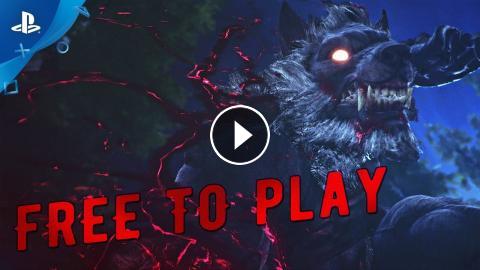 Don’t Even Think is an asymmetric PvP survival game which is free to play. Officially available on the PlayStation Store on 10 July, North America wil...