So far the MCU on Disney+ has been pretty exciting. Marvel Studios made WandaVision and now they’re making The Falcon and The Winter Soldier, which is great because fans are always searching for something new. Rockstars like Bucky Barnes in Avengers Endgame and Infinity War on Disney +.

And if that special case came from Wakanda, it seems like Bucky is square with Ayo and the Dora Milaje for the whole breaking Zemo out of prison thing. Usually breaking Baron Helmut Zemo out of prison is cause for an emergency, awesome things came about to make sure everything was super chill with the Wakandans. And how about the Thunderbolts? Will Zemo team up with some while floating out on The Raft? John Walker has a post credits scene which is more like a mid credits scene but people search how they search. I don’t make the rules. Isaiah Bradley is explained in this and so is a Power Broker Theory. Who is he? Let’s find out. 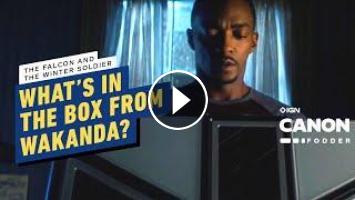