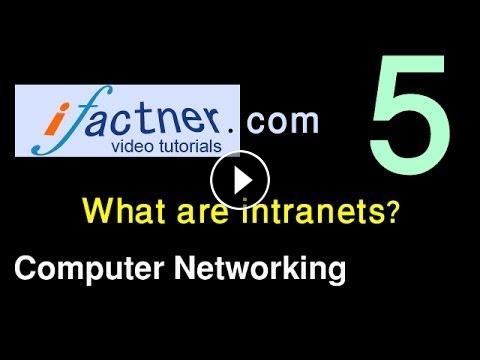 Intranet tutorial is the 5th Computer Networking Tutorial which is a video lectures tutorial on computer networks, what is intranet, intranet vs inter...