Microsoft writes off Windows Phone – or does it? | Pocketnow Weekly 156

admin
Laying off 7,800 people (in addition to the 18,000 from a few months back) and taking a $7.6B writedown on your highest-profile mobile acquisition ever isn't a great way to show your commitment to your smartphone platform ... but that's just what Microsoft did earlier this week, in the Nadella Memo Heard Round the World. But are things really as gloomy as they seem for Windows Phone?
We'll talk about that, plus news from Motorola, OnePlus, Sony and Amazon –and the usual round of listener mail– on Pocketnow Weekly 156! So boot on up and flip your live tiles to the front; this podcast is ready to vault from the Start Screen. Watch the video broadcast from 2:00pm Eastern on July 10 (click here for your local time), or check out the high-quality audio version dropped here. And don't forget to shoot your listener mail to podcast [AT] pocketnow [DOT] com for a shot at getting your question read aloud on the air!
Pocketnow Weekly 156
Recording Date
July 10, 2015
Hosts
Michael Fisher
Jaime Rivera
Producer
Jules Wang
Podcast Rundown

Sponsor
(00:02:00)
MOD
The Pocketnow Weekly podcast is brought to you by MOD in a Box! The brainchild of former Pocketnow editor Taylor Martin, MOD in a Box is a monthly subscription service that sends you materials to make three useful, awesome DIY projects that can be made with tools you probably already own. MOD in a Box is part of a movement to get you away from your texts, sexts, and Xbox, and get you back to using your hands and making stuff. You know, like our ancestors did. To get started, pay them a visit at to see what they can help you make this month – and tell 'em Pocketnow sent you!
Whither Windows Phone?
(00:05:00)
Holy Nokias, it finally happened. Microsoft laid off the bulk of its remaining phone workers and took a $7.6 billion write down on its Nokia acquisition. So Windows Phone is finally, officially dead for good – right?
Well, maybe not. We talk possibilities in our lightning round, before launching into ...
News
(00:20:00)
Windows Phone selfie phone hinted with front-firing flash
BlackBerry silently registers "AndroidSecured.com"
Amazon's practically giving the Fire Phone away
Could the Moto X Sport and Moto G Nuevo be two new Motorolas in the works? (Mysterious new phablet too)
OnePlus Two launching with 4GB of high performance RAM, 3300 mAh battery, sub-$450 price
Sony will "never, ever sell" smartphone business
Apple Watch sales estimates take a hit

Microsoft writes off Windows Phone – or does it? | Pocketnow Weekly 156 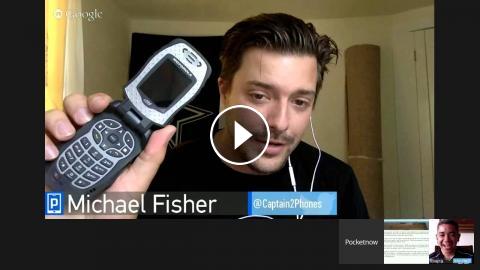 Laying off 7,800 people (in addition to the 18,000 from a few months back) and taking a $7.6B writedown on your highest-profile mobile acquisition eve...