Determining a person’s intelligence can be a difficult and even controversial endeavor, yet Libb Thims, an electrochemical engineer, tackled it anyway. Using a combination of IQ scores, aptitude, capacity, and inclination, he ranked the greatest minds in relatively recent centuries.

Here are the 10 people he determined as the smartest in the world.

Number 10. Thomas Young. He was a doctor, a physicist, and an Egyptologist, excelling at each. Among his accomplishments were discovering the focus-related shape changes of the human eye and aiding in the translation of the Rosetta Stone.

Number 9. William Sidis. By 2 he was reading the New York Times and writing in both English and French. At 11 he was Harvard-bound. More recently, he inspired the creation of the film, “Good Will Hunting.”

Number 8. Gottfried Leibniz. Not only did he invent integral and differential calculus, he was a key contributor to the philosophy of language. In the latter realm, his major works include examinations of sufficient reason and contingent truths.

Number 7. Nicolaus Copernicus. The astronomer determined that the Earth was not, in fact, the center of the universe. His efforts were not entirely appreciated at the time, and his book on the topic was widely banned.

Number 6. Rudolf Clausius. The developments of the second law of thermodynamics and the kinetic theory of gasses are among his accomplishments. He also brought the word ‘entropy’ into the world.

Number 4. Isaac Newton. As one of the most eminent 17th century scientists, Newton had groundbreaking ideas regarding physics and gravity. Though some of his writings have been disproven, they are still considered significant.

Number 3. Leonardo da Vinci. Among most famous painters of all time, da Vinci also had a lot of ideas in the fields engineering, anatomy, cartography, and geology. However, with so many irons in the fire and a penchant for procrastination, few of his plans came to fruition while he was still alive.

Number 2. Albert Einstein. The man’s work was largely devoted to developing the principle of relativity and assessing the viability of quantum theory. He also authored perhaps the most famous equation in history, e-mc squared.

Number 1. Johann Goethe. He made human chemistry a science and dabbled in the concept of evolution. Goethe was also a gifted and influential writer, debuting his now classic drama ‘Faust,’ in 1808.

Which of history’s great minds do you think most deserves the title, “World’s Smartest?” 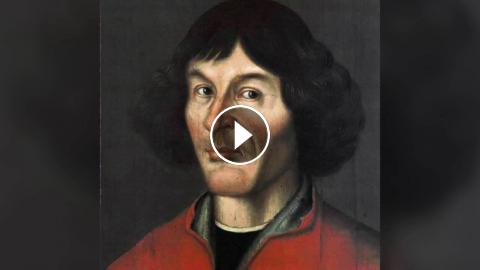 Here are the world's 10 smartest people. Determining a person’s intelligence can be a difficult and even controversial endeavor, yet Libb Thims, an el...