10 Creepy Bugs That Can Be Found On Flights

admin
Here are 10 bugs that often show up on planes, as identified by Discovery News.

hen traveling by air any number of irritating things can happen, but those frustrating inconveniences may not be your biggest problems.
Here are 10 bugs that often show up on planes, as identified by Discovery News.
Number 10. E. Coli. It has earned every bit of its bad reputation as it truly is a menace. Researchers found the bacteria can remain active on serving trays for up to 3 days and on armrests for 4.
Number 9. Dust mites. Tracked in by people, these tiny pests take advantage of the opportunity to establish new communities elsewhere. How they do it is really rather simple - they just latch onto passengers and see where the day takes them.
Number 8. Cold and flu viruses. Seat pockets are popular hangouts for these microscopic ne’er do wells. Not only are the receptacles a common place for dirty tissues and partially eaten foods to be stowed, they’re really hard to clean.
Number 7. Cockroaches. Vile though they are, the bugs to deserve some credit for being incredibly resilient and resourceful. They’re able to sneak onboard planes in a number of ways including stowing away in baggage and catering carts.
Number 6. Listeria. Even though airlines follow rigorous safety protocols when it comes to the foods they serve, evidence of the gastric-distress-causing organisms has been found. FDA inspections for them have been known to come up positive from time to time.
Number 5. Pseudomonas paucimobilis. Years ago this stuff, which has been linked to meningitis and urinary tract infections, was found all over the blankets dispensed by airlines. The covers now get washed more frequently than they used to, and are typically wrapped in plastic.
Number 4. Aspergillus niger. It’s a potentially deadly fungus and it likes to live in pillows. Pneumonia and gastrointestinal bleeding are two maladies sometimes suffered by those infected with it.
Number 3. Bed Bugs. They’re tiny, yet powerful enough to ground a jumbo jet should a community of them be found. It’s recommended that passengers vacuum out their luggage both before and after air travel to keep them from spreading.
Number 2. Fecal bacteria. Toilets harbor all kinds of germs, and even the high-powered suction ones on planes aren’t an exception to that fact of life. Making sure there’s a packet of antibacterial wipes stashed in your carry on is always a good idea.
Number 1. Superbug MRSA. There aren’t many surfaces this deadly bacterium doesn’t love. It’s been shown to have a survival time of over 150 hours in seat pockets, but can also live for quite a while on arm rests, window shades, leather seats, and tray tables.
Which in-flight bug would you least like to run into?

10 Creepy Bugs That Can Be Found On Flights 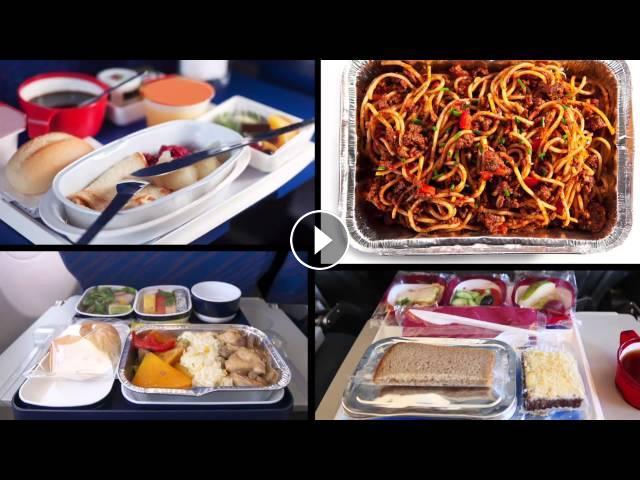 Here are 10 bugs that often show up on planes, as identified by Discovery News. hen traveling by air any number of irritating things can happen, but t...