10 Mind-Blowing DARPA Projects That Will Change Our World

The United States Defense Advanced Research Projects Agency, or DARPA, was established in 1958 to make sure the country’s military has the best and most useful technology.

Here are 10 of the agency’s most ambitious projects.


Number 10. A floating tank. The Captive Air Amphibious Transporter, called CAAT for short, is designed for making short trips from ship to shore while carrying a full load or towing smaller crafts behind it.

Number 9. Confetti-sized navigation tool. In the event that access to GPS is unavailable, researchers have made a locating chip that’s smaller than a penny. It uses a clock, gyroscopes, and accelerometers to help a person figure out where they are and where they’re headed.

Number 7. Spray-can walls. Dubbed project BlockADE, which stands for ‘Block Access to Deny Entry’, DARPA is working with developers to make an easy-to-use material that could build barricades impervious to bullets, human force, and sharp tools.

Number 6. Unmanned helicopters. A lot of missions could benefit from vertical take off and landing vehicles, but using traditional helicopters isn’t always an option. Various modules attached to a self-flying craft could provide needed services to otherwise inaccessible areas.

Number 5. Underwater supply hubs. The ocean floor is enormous and hard to get to, which, for DARPA, makes it the perfect place to create a secret supply stash. Filled capsules could stay underwater until needed, at which time they’d be summoned to float up to their desired recipient.

Number 4. Terminator vision. First, the enhanced optical system would supply the goggle wearer with a dimensional, 360-degree view of their surroundings. Then, it would assess and locate targets within it. Just like in the movies.

Number 3. Solar-powered drones. At present, drones run on short-lived power sources and thus can only make treks of limited duration. Switching to solar power could allow them to roam the skies for up to 5 years.

Number 2. Gecko Gloves. The problem with tall walls is that they’re just so hard to climb over. In an effort to make the task a lot easier, a special fabric has been created. It helps humans scale vertical surfaces with the ease and grace of the project’s inspiration animal, the gecko.

Number 1. Robotic pack mules. Guns, ammo, and supplies are heavy and the front line is no place for a real mule to be hauling it around. That’s where the robot version of the beast of burden comes in. It was recently tested in Hawaii and it reportedly can handle large loads and tough terrain.

Which DARPA project do you think is the most ambitious?

10 Mind-Blowing DARPA Projects That Will Change Our World 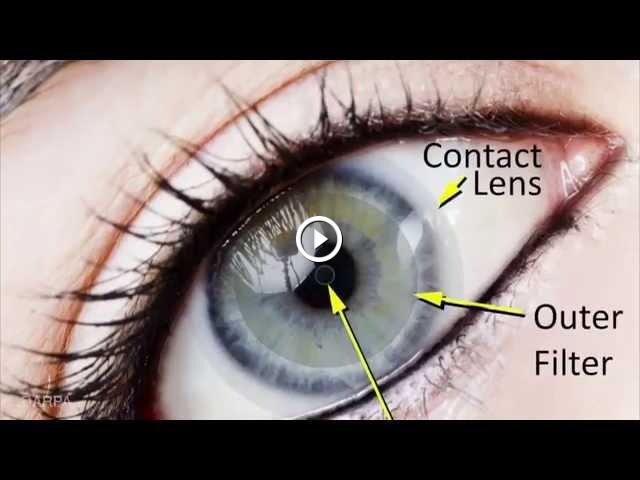