Snakes’ reputations for being ruthless, sneaky, and even enigmatic creatures are, in some cases, quite overstated. In others, however, they’ve been well earned.
Here are 10 creepy facts about them.
Number 10. They can reproduce on their own. Should a male not be available, the females of some species can fertilize their own eggs and produce their own broods. Actually, some choose to do it even when there are sperm-carrying candidates around.
Number 9. Snakes are especially reckless eaters. In one case, a viper in Macedonia was found dead with a centipede poking out of its middle. Scientists concluded that the one slithering thing ate the other, not taking its prey’s size or strength into consideration. The centipede sliced open the snake’s belly in an attempt to free itself before it too died.
Number 8. Decapitated snakes can still be dangerous. Their heads and all the venom they contain can remain active for a good while after being separated from the rest of the body. Not long ago a chef in China was killed, as he underestimated a severed cobra’s survival abilities.
Number 7. They can’t get along with themselves. On rare occasion, snakes are born with two heads, and scientists have found that when that happens, the creature’s chance of survival in the wild is pretty much none at all. Part of the reason is that the creature will fight itself to the death over food.
Number 6. Snakes tying themselves in knots isn’t unheard of. Some species are vulnerable to a devastating and highly contagious disease known as IBD. Those affected can exhibit abnormal behavior including staring off into space and twisting themselves up into positions they can’t get out of.
Number 5. Some of their bites can turn back the hands of time. Probably not to the era most would like, however. The venom of the Russell Pit Viper has been know to revert people’s bodies to a pre-pubescent state.
Number 4. They have pretty powerful digestive enzymes. The breaking down of their prey begins the second the nosh enters their mouths and continues until the job is done. Most of the time, anyway. Snakes have been known to explode because their meals decay faster than they can digest them.
Number 3. Anacondas can vomit on demand. Should they feel a threat coming, they can quickly rid themselves of their latest large meal, thus increasing their odds of making a fast, clean getaway.
Number 2. Japanese tiger keelbacks are opportunists and thieves. What does a snake to do when it can’t produce it’s own toxins for defense? If you’re one of these, you just prey on poisonous toads and use theirs.
Number 1. Beware of the inland taipan of Australia. One drop of its venom is powerful enough to kill about 100 people. The good news is that there has been a great deal of success with anti-venom treatments.
Which creepy snake fact do you find the most fascinating? 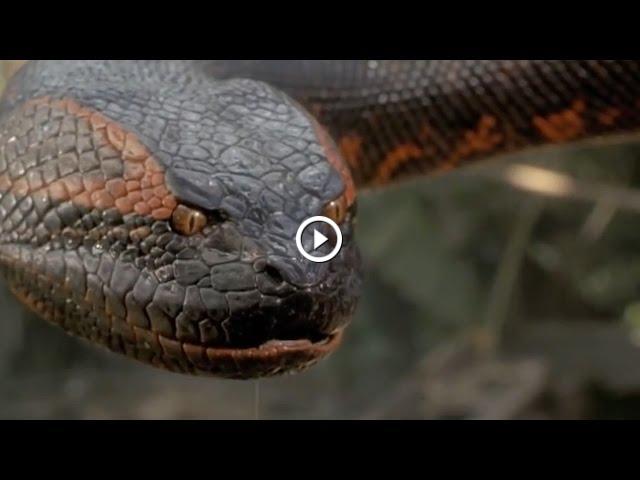 Here are 10 creepy facts about snakes. Snakes’ reputations for being ruthless, sneaky, and even enigmatic creatures are, in some cases, quite overstat...