10 Spacecraft That Have Travelled Farthest From Earth

admin
Here are 10 spacecraft that have traveled extraordinary distances in the name of discovery.

The exploration of space has yielded many amazing and unexpected finds, and much of the credit goes to the vessels sent to the far reaches of the solar system and beyond.
Here are 10 spacecraft that have traveled extraordinary distances in the name of discovery.
Number 10. Mariner 4. This NASA craft was a Mars exploration superstar decades before rovers started roaming the Red Planet. During a 1965 flyby it captured the very first close-ups of the planet’s surface.
Number 9. Rosetta. As if travelling to a distant, celestial body isn’t challenging enough, this one actually chased down a comet. Catching up with the speeding space rock took over a decade, but the ESA probe is now hanging out comfortably in its orbit.
Number 8. Juno. Though launched back in 2011, Juno has a year to go before reaching Jupiter. There’ll be no time to rest upon arrival, as NASA has big plans. Those include circling the gas giant more than 30 times.
Number 7. Galileo. This craft visited Jupiter and its moons back in mid 1990s. Using solar panels to harness and distribute energy wasn’t an option back then, so once it entered the Jovian system, Galileo was powered by plutonium.
Number 6. Cassini. The probe is certainly a foremost expert on the topic of Saturn. Cassini completed its first 4-year mission in 2008 and, still up to the demands of exploration, embarked upon 2 more. Over the many years, the craft has gathered immense amounts of valuable information about the planet’s rings, moons, and environment.
Number 5. New Horizons. A countless number of mishaps can happen on a roughly decade long, 3 billion mile journey but the NASA explorer managed to hold it together. Upon performing the recent close pass of Pluto, New Horizons gathered so many pictures and readings it’s going to take 16 months to send all the information to Earth.
Number 4. Pioneer 11. Launched in 1973, the probe made it all the way the asteroid belt, whizzing by Jupiter and Saturn as well. What, if anything, Pioneer 11 has been up to lately is unknown, as NASA lost contact in 1995.
Number 3. Pioneer 10. The craft was not only the first to encounter the asteroid belt but also went down in history for the unprecedented achievement of reaching solar system escape velocity. The transmitter on board finally lost power in 2003. At that point the probe was about 7-and-a-half billion miles from Earth.
Number 2. Voyager 2. The long-time explorer was sent into space in 1977 and is still out there. At present, it’s about 10 billion miles from home.
Number 1. Voyager 1. Launched shortly after Voyager 2, this Energizer Bunny of spacecraft remains on the move as well. In 38 years of travel it has rocketed past Jupiter and Saturn and entered interstellar space in 2012. At present, Voyager 1’s retirement is planned for 2025.
Which space mission do you think is most extraordinary?

10 Spacecraft That Have Travelled Farthest From Earth 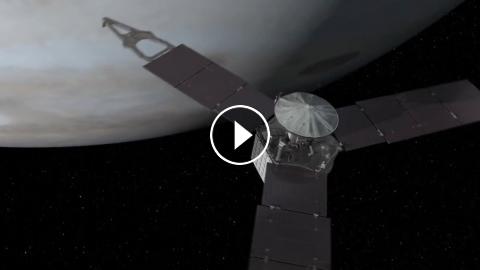 Here are 10 spacecraft that have traveled extraordinary distances in the name of discovery. The exploration of space has yielded many amazing and unex...