admin
Here are 10 things you may not know about White Castle.

White Castle’s fast and tasty food makes it a good option for a quick bite. The restaurant’s long and rich history, however, makes it a legend.
Here are 10 things you may not know about the popular burger chain.
Number 10. The buildings were modeled after Chicago’s Water Tower. White Castle may have been born in Kansas, but inspiration for the design of its restaurant exteriors was found in the Windy City. The pumping station was one of the few area structures to survive the Great Chicago Fire of 1871.
Number 9. There’s a reason the patties have 5 holes in them. They, combined with the practice of cooking them over a heap of onions, allow for the steaming rather than grilling of the burger. That serves two purposes. One is to aid in giving the sliders their soft, doughy texture and the other is to make for more efficient preparation.
Number 8. When times got tough, White Castle got creative. Rations in place during World War 2 meant little to no beef for the burger chain, so they had to come up with other enticing and satisfying items to serve. Alternatives included fried eggs, hot dogs, and spaghetti.
Number 7. It’s longest serving employee worked there for 67 years. Her name is Elaine Miseta and in 2009 she retired from her post as secretary to the company’s president. In honor of the day she was hired, June 8th was declared a company-wide annual day of celebration.
Number 6. They were the first burger chain to reach the 1 billion mark. They reached the landmark burgers sold number way back in 1961.
Number 5. White Castle had a cameo in Saturday Night Fever. Back then the Brooklyn outpost was located on 92nd street in Fort Hamilton. It closed some time around the late 80s and an office building was put in its place.
Number 4. Famous musicians have written songs about it. Two of the more popular melodic tributes to the burger joint are the Smithereen’s ‘White Castle Blues’ and the Beastie Boys’ ‘The New Style’.
Number 3. White Castle issued its first discount coupon in 1933. The money-saving voucher made it possible to grab 5 burgers for just a dime and is believed to be the first restaurant chain coupon ever produced.
Number 2. Sliders are a main ingredient in a popular turkey stuffing. The recipe is an easy one to follow. Just toss together some torn up burgers, celery, sage, pepper and chicken broth, and it’s ready for the bird.
Number 1. They take reservations for Valentine’s Day. White Castle pulls out all of the stops for diners, providing hostesses, table service, and festive decorations. Special menu items are also often available for the romantic evening.
What’s your favorite thing about White Castle? 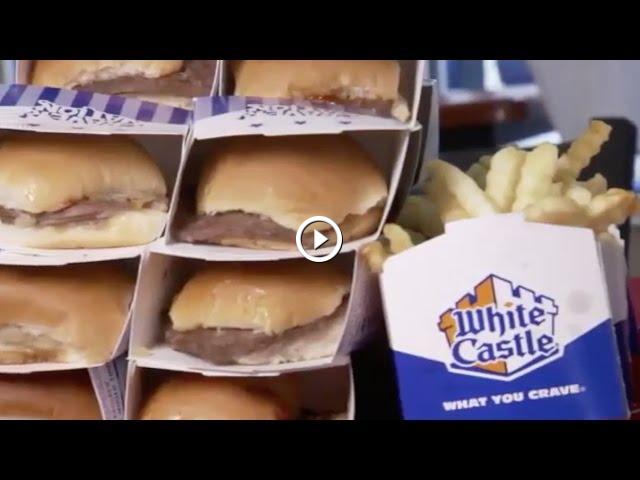 Here are 10 things you may not know about White Castle. White Castle’s fast and tasty food makes it a good option for a quick bite. The restaurant’s l...