Pricing will be announced closer to the car’s launch, but expect the Shelby GT500 to command a significant premium over the GT350, which starts around $60,000. The GT500 will share the Detroit spotlight with two other enthusiast favorites: the reincarnated Toyota Supra and the Subaru WRX STI S209, the latest in a line of special-edition performance models that have never been offered in the U.S. before.
The just-introduced 2020 Ford Explorer doesn't stray too far from the formula that put it in the driveway of millions of consumers. Instantly familiar but more rakish and attractive than the outgoing model, the 2020 Explorer hits all the marks needed to remain relevant: It's approximately 200 pounds lighter, can tow up to 5600 pounds, features updated infotainment and connectivity anchored by an 8.0-inch touchscreen, and is built on an entirely new longitudinal-engine platform featuring rear- or all-wheel drive. It's bound to make the suburbs a happier and prettier place, if not a more exciting one. As for excitement? That's where the Explorer ST comes in. 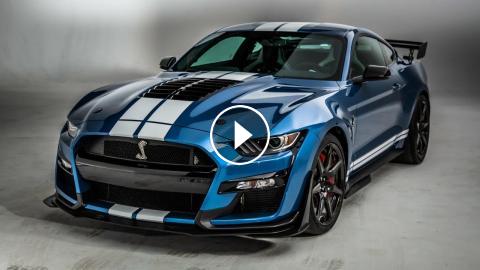