Volkswagen is planning to launch their T-Cross in India, South America, Europe, and China. This is as per the media release by the Head of the Small Car Production Line of the company, Andreas Kruger. The new T-Cross is based on the MQB A0 platform and has been designed keeping the rear legroom and boot space in mind.

Digital renders of the T-Cross by Volkswagen were released earlier this month and according to them, there are chances that the SUV could get wraparound LED tail-lamps with an LED light bar. The SUV features a strong shoulder line and develops a character with its flared wheel arches. The sportiness of the SUV is enhanced by the presence of silver roof rails, an integrated rear roof spoiler, and a dual-tone bumper on all sides. The design up front is a sleek one and shares a resemblance with the other members of the Volkswagen family such as the Passat, Tiguan, and Arteon.
This will be the smallest of the four Volkswagen SUVs; it is smaller than all the other three SUVs, the Touareg, Tiguan, and the T-Roc. The grille on the front is similar to the ones that we have seen on the Tiguan. It is quite unlikely that the SUV will come with an electric power-train as the company still depends largely on the diesel and petrol engines for all the cars in their lineup. The range of engine options has not yet been revealed by the company but it is expected to have a re-tuned version of the engines that we have seen on the Jetta and the Passat.
Reports suggest that the SUV will come only with a front wheel drive option and will be placed below the T-Roc and Tiguan in all markets. There will be a list of electronic safety features such as the Front Assist with ambient traffic monitoring and Lane Assist. The sale of the T-Cross is expected to begin in Europe later this year. VW T-Cross is expected to be priced between INR 12-18 lakh (ex-showroom), and the compact SUV is expected to launch in India in 2020. 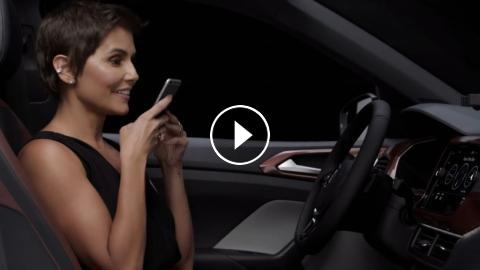