admin
World leaders get around in entirely different ways. Check out their 5 bizarre forms of transportation.

Using a car to get around, that's what most of us do. But the world leaders - oh no -- they get around in entirely different ways. Here are 5 unusual forms of transport they use, according to the Daily Telegraph.

Number 5 - Vladimir Putin, the president of Russia, gets to cruise around in a submarine. At least he did one time. As part of a journey to witness a shipwreck in the Gulf of Finland, Putin lowered down about 200 ft below sea level to view the boat.

Number 4 -- The Queen of England gets from Point A to B on a train. If you assume the train is anything but sheer luxury, you would be wrong. The Royal train is only used by members of the Queen's immediate family.

Number 3 -- Saudi Arabia's King uses the ocean as a roadway. He cruises around in a super yacht, said to be one of the biggest on Earth, complete with a helipad and room to accommodate up to 64 people.

Number 2 -- The Pope's well known and perfectly named Popemobile allows him to not only get around in style, but also greet and interact with onlookers without sacrificing security..

Number 1 - Italian President Giorgio Napolitano can be seen venturing through his estate on a vintage looking blue three wheeler. The Piaggio Ape has leather seats and wooden trim. 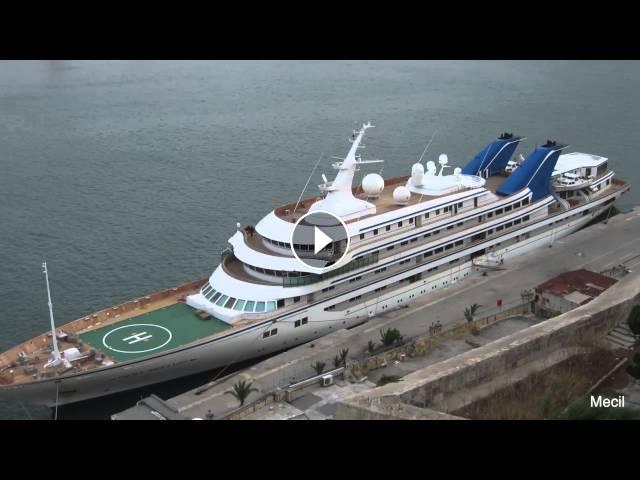 World leaders get around in entirely different ways. Check out their 5 bizarre forms of transportation. Using a car to get around, that's what most of...