5 Mystery Images That Have Been Found Hiding Behind Famous Artworks

admin
Here are 5 great artworks with hidden images beneath.

Even highly revered artists didn’t always get it right on the first try, and, throughout history, a number of them simply painted over the works they opted not to keep.

Here are 5 great artworks with hidden images beneath.

Number 5. Patch of Grass, Vincent van Gogh. Beneath the Dutch artist’s 1887 creation is the face of an unidentified subject believed to be a peasant woman. It was revealed by x-ray technology an its discovery announced in 2008.

Number 4. The Blue Room, Pablo Picasso. The painting’s moody hues communicate a certain sense of ennui, as does the expression of the man hidden behind them. Experts first suspected there was concealed image in 1954 when they noticed inconsistencies in the brush strokes.

Number 3. The Mona Lisa, Leonardo da Vinci. In 2015, a French scientist announced he’d found the portrait of another woman lurking beneath the celebrated work. Though he produced a reconstruction of his discovery, many heavy hitters in the art history community cast aspersions on his claim.

Number 2. Portrait of a Woman, Edgar Degas. Due to the thin oil paint the artist used in creating the piece, over time evidence there was another below began to emerge. Using technology, a research team was able to identify the subject of the concealed painting as one of Degas’ frequent models.

Number 1. View of Scheveningen Sands, Hendrick van Anthonissen. For decades, viewers wondered what the people grouped together on the shore were looking at. In 2014, restoration efforts revealed there was originally a beached whale on the landscape that, for any number of reasons, had been painted over.

Which concealed work do you find most fascinating

5 Mystery Images That Have Been Found Hiding Behind Famous Artworks 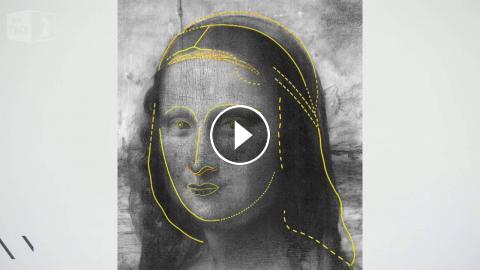 Here are 5 great artworks with hidden images beneath. Even highly revered artists didn’t always get it right on the first try, and, throughout history...