Alexa and Cortana will soon work together | Engadget Today

admin
Let the AI Alliance begin!
Amazon and Microsoft are integrating their digital assistants. Alexa and Cortana will soon be able to communicate with each other, allowing users of one AI to benefit from the other's skills. In the near future, summoning the AI helpers will be as easy as saying "Alexa, open Cortana," or "Cortana, open Alexa." That may sound like an odd fit now, but both Amazon and Microsoft are convinced of its perks.
The cross-platform benefits for owners of Amazon's smart speakers is access to Cortana's deep integration with Office Suite. You'll be able to book a meeting, access calendars, set reminders, or just read work emails. Microsoft's AI, on the other hand, will be able to open the floodgates to Alexa's 20,000 skills. And, you'll also be able to do your shopping through Amazon.com. The two will start chatting to each other later this year. Alexa on Cortana will initially be available through Windows 10 PCs, followed by its Android and iOS apps in the future.
Subscribe to Engadget on YouTube:
Get More Engadget:
• Like us on Facebook:
• Follow us on Twitter:
• Follow us on Instagram:
• Add us on Snapchat:
• Read more:
Engadget is the definitive guide to this connected life.

Alexa and Cortana will soon work together | Engadget Today 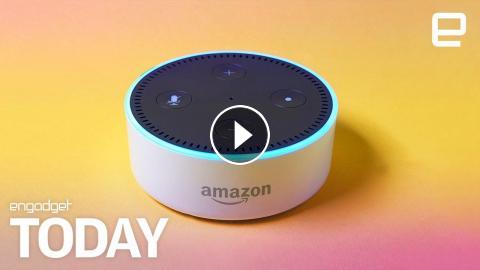 Let the AI Alliance begin!Amazon and Microsoft are integrating their digital assistants. Alexa and Cortana will soon be able to communicate with each ...