admin
In her much anticipated new book UNFINISHED BUSINESS: Women, Men, Work, Family (Random House; On Sale: September 29, 2015), Anne-Marie Slaughter provides a powerful, persuasive, and deeply inclusive vision for how to finish the long struggle for equality between men and women, work and family. When Slaughter's Atlantic article, "Why Women Still Can't Have it All" first appeared, it immediately went viral, sparking a firestorm of debate across the country. Within four days, it became one of the most-read articles in the history of the magazine.
ANNE-MARIE SLAUGHTER is president and CEO of New America. She is the Bert G. Kerstetter ’66 University Professor Emerita of Politics and International Affairs at Princeton University and the former dean of its Woodrow Wilson School of Public and International Affairs. In 2009 Secretary of State Hillary Clinton appointed her director of policy planning for the U.S. State Department, the first woman to hold that job. A foreign policy analyst, legal and international relations scholar, and public commentator, Slaughter was a professor at the University of Chicago Law School and Harvard Law School and is a former president of the American Society of International Law. 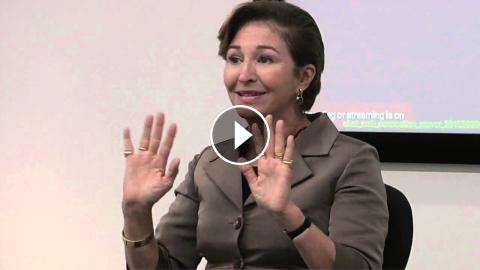