admin
After a lab accident, Trace awakens on the mysterious alien world of Sudra. Unsure if he was beamed to a distant planet or the far future -- or if he’s trapped in an elaborate computer simulation -- Trace begins his quest to defeat Athetos and uncover the secrets of Sudra.
For the first time Axiom Verge will receive a physical release entitled, Axiom Verge: Multiverse Edition for Q2 2017. This will avaliable for PlayStation 4 and PlayStation Vita.
Find out more:
Axiom Verge is a retro-styled 2D “metroidvania” action-adventure, inspired by such classics as Rygar, Contra, Bionic Commando, Blaster Master, and of course, Metroid. But it also gives you power over glitches like those found in classic games, Allowing you to scramble enemies, corrupt environments, and enter hidden areas.
What’s so special about Axiom Verge?
Tom Happ spent five years creating Axiom Verge entirely by himself, including the programming, art, story, and music. From its initial release, Axiom Verge has turned quite a few heads when it launched in 2015. Since then, the game has also launched on several additional platforms, been awarded a plethora of stunning review scores and has received dozens of awards from major publications — including PlayStation Blog’s “Editors Choice 2015,” Hardcore Gamer’s “Best of 2015,” Giant Bomb’s “Top Games of 2015,” and more.
Axiom Verge: Multiverse Edition and Standard Edition for Q2 2017.
The Multiverse Edition of Axiom Verge will include a copy of the game, a deluxe booklet with developer commentary and art, double-sided poster, with a DVD making-of documentary. This special edition will be available on PlayStation 4 and PlayStation Vita.
A Standard Edition will also be available — and will include a physical copy of the game. This version of the game will be available on PlayStation 4 only.
Find out more:
2017 BadLand Games S.L and Axiom Verge developed by Thomoas Happ Games and published by BadLand Games and its subsidiaries. The BadLand logo, Axiom Verge logo and Thomas Happ logo are trademarks. 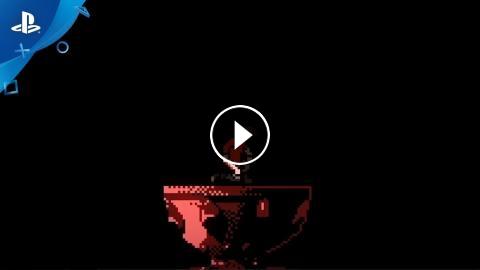 After a lab accident, Trace awakens on the mysterious alien world of Sudra. Unsure if he was beamed to a distant planet or the far future -- or if he’...