ava
In this GameSpot News Update, we’re talking about Activision revealing the details for it’s new Call of Duty anti-cheat system Ricochet, the Ghost Recon: Frontline beta getting hit with a delay, and FIFA asking for $1 Billion from EA.

In this video, DeVante talks about Activision revealing details for Call of Duty’s Ricochet anti-cheat system that will launch alongside Call of Duty: Vanguard on November 5. These new security features will also arrive with the Vanguard-themed Pacific map coming to Call of Duty: Warzone later in the year

DeVante also explains FIFA and EA’s ongoing negotiations following reports that FIFA wants wants "more than double" what it currently gets from EA, and is asking for $1 billion for each four-year World Cup cycle.

Later in the video, Ghost Recon: Frontline’s beta is delay indefinitely, Solar Ash is delayed to December 2 and PS Plus members will get 3 extra free games to celebrate the 5th birthday of PSVR. 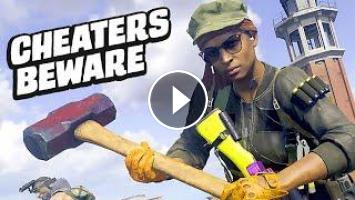