admin
Sir Dermot Turing visited Google's office in Seattle, WA to discuss his book "Prof: Alan Turing Decoded".
Famous codebreaker and computer scientist Alan Turing’s legend has grown through books and films such as The Imitation Game, and it has become a challenge to discern the real man from the story. Now, Alan Turing’s nephew, Sir Dermot Turing, has taken a fresh look at the influences on Alan Turing’s life and creativity in his new biography Prof: Alan Turing Decoded.
Dermot Turing was educated at Sherborne and King’s College, Cambridge. After completing his DPhil in Genetics at New College, Oxford, Dermot joined the legal profession. This is his first biography, and the first written by a family member. He is a trustee of Bletchley Park, the UK headquarters for codebreaking during WWII. 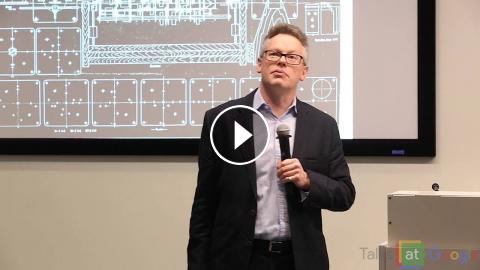