GET READY TO GO ON A COSMIC JOURNEY WITH US!

We’ll show you what happened to our universe from the Big Bang to this day. Every second of the video represents 20 million years in real time. Prepare your spacesuit and get ready to go on a cosmic journey with us in 3… 2… 1…

According to the Big Bang theory, the universe was born as a really hot, dense, single point in space - 00:51

When the universe was very young, it underwent an unimaginable growth spurt. During this burst of expansion, which is known as inflation, the universe grew exponentially and doubled in size at least 90 times - 1:05

Light chemical elements were created within the first 3 minutes of the universe's formation - 01:21

The universe was growing, and as it expanded, it got cooler and less dense - 01:43

For the first 380,000 years, the intense heat made it too hot for light to glow. Atoms smashed together with enough force to break up into a dense plasma of protons, neutrons, and electrons that diffused light like fog - 02:03

Matter cooled down. The absorption of free electrons caused the universe to become transparent - 02:24

400 million years after the Big Bang, the universe began to come out of its dark ages. This period in the universe's evolution is called the age of re-ionization. This phase lasted more than a half-billion years - 02:33

Clumps of gas collapsed to form the very first stars and galaxies. Some of them were appeared so close to each other, that they ended up being locked in a gravitational pull - 02:53

The universe became transparent to ultraviolet light for the first time - 03:06

The stars started to gravitationally attract each other into larger groups. The oldest of these groups of stars are called globular clusters - 03:13

The universe gives birth to billions of stars and makes them die. Some black holes are a result of dying stars - 03:23

The formation of the Milky Way goes from the gas cloud at the beginning of the Universe to a beautiful barred spiral, a few billion years condensed into a couple of short seconds - 03:52

To go deeper stay with us and watch the full video. We've tried our best to make it beautiful...

GET READY TO GO ON A COSMIC JOURNEY WITH US! 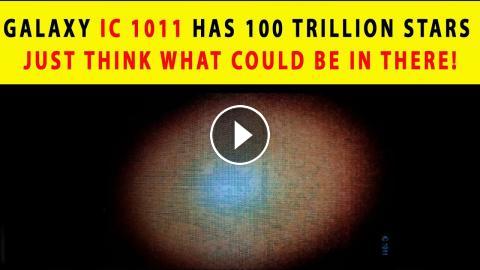 Subscribe! Because SMART IS THE NEW SEXY: https://goo.gl/JTfP6LWe’ll show you what happened to our universe from the Big Bang to this day. Every secon...