admin
Aksys Games proudly announces Guilty Gear Xrd -SIGN- to be available in North America on December 16, 2014!
http:// www.guiltygear.us
Blending a hand-drawn 2D aesthetic with cutting-edge 3D modeling techniques, Guilty Gear Xrd –SIGN- is a technological and artistic tour de force, as well as a triumphant return of the Guilty Gear series! With a roster comprised fan favorites like Sol Badguy, Venom, Millia Rage and new arrivals like Bedman and Ramlethal Valentine, there is a character for just about everyone! Featuring refined game play mechanics that allow novice fighters to jump straight into the action while maintaining the depth that veterans of the series demand and a stunning art style, Guilty Gear Xrd -SIGN- heralds the coming of a new era in fighting games! With a plethora of single-player and multi-player modes, Guilty Gear Xrd -SIGN- has something for everyone, and with its robust Network functionality, players can test their skills against opponents from all over the world!
Available for the PlayStation®4 and PlayStation®3 computer entertainment systems, Guilty Gear Xrd –SIGN- is a must have not only for fighting game fans, but for fans of great games in general. Be sure to order your copy today!
© Developed by ARC SYSTEM WORKS. Licensed to and published by Aksys Games with permission from ARC SYSTEM WORKS. 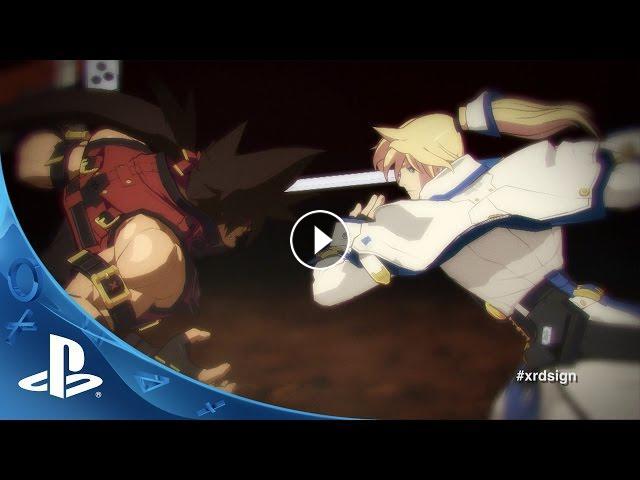