ava
Apple's M1 processor has shaken up the CPU world delivering incredible performance while sipping power. It's been described by some as "black-magic" but well, it's not, it's physics and electricity and there has to be a reason it's so quick.


In this 2 part season, we dive into the design decisions that help make the M1 such a powerhouse. In this first part, we compare the chip against the Intel CPU's Apple has used in its previous laptops, and the Surface Pro X. The Surface Pro X was Microsoft's most recent attempt at an ARM-based laptop, same as the new Macbook Pros, and it's powered by Qualcomm's SQ2 chip. However, it's performance is... not great. So how does it stack up the new M1 laptops, and how did Apple get it's software emulation to work so well, and run so fast?

Read our full story on Engadget: 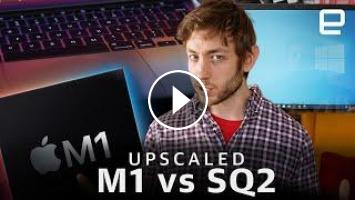 Apple's M1 processor has shaken up the CPU world delivering incredible performance while sipping power. It's been described by some as "black-mag...