admin
After you've made your decision and have picked up your very own smartphone, phablet, or tablet, you're going to want to pick up a couple accessories. First off you'll want a case, next you'll want some way to charge it while you're on the go. Cases come in all shapes and sizes, but your recharging options usually require a power outlet of some sort, whether it's in the wall or in your car. What if you could combine the two? That's the idea behind HTC's extended battery case, the HTC Power Flip Case for the HTC One max.

The complication with integrated batteries is that they're not end-user serviceable. That's "warranty-speak" for "you can't replace the battery yourself". There are several legitimate reasons for OEMs making this move, but it's frustrating for power users. The solution? Charge while you're at home. Charge while you're at work. Charge while you're in the car. Lastly, you can get an extended battery for those times that you're away from a more traditional power source. Unfortunately, most of those are bulky, and they're one more thing that you have to babysit to make sure they're charged when you need them.

That's where HTC did something quietly brilliant (to use its own slogan): HTC put a battery inside a case. The result is beautiful, functional, and brilliant! Take a look! 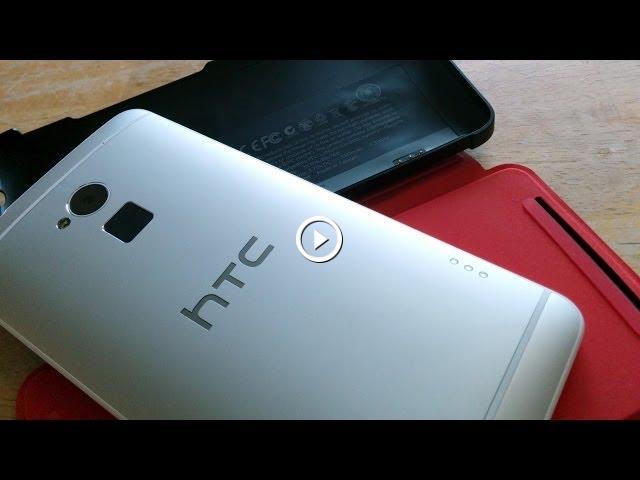 After you've made your decision and have picked up your very own smartphone, phablet, or tablet, you're going to want to pick up a couple accessories....