admin
Today on In Case You Missed It: The British Film Institute is releasing thousands of mostly personal historical films online, but you'll need a VPN to watch them from the U.S. We particularly enjoy this Sean Connery-narrated film. Google's Artificial Neural Network is being used to make Fear and Loathing in Las Vegas even more fearful, and for that, we thank the creators for new dog anxieties. And the U.S. Navy teamed up to produce the first wave generated power machine that basically looks like a bulky buoy.
Today's bonus video is too amazing to look away from: It's a strange mix of J-pop and death metal, wherein death metal dude is dressed like a matching pop princess and nails their dance moves while screaming his brains out. So much yes.
If you come across any similarly interesting videos, we'd love to see them! Just tweet us with the #ICYMI hashtag @engadget or @mskerryd.
Read More:
Get More Engadget:
•Subscribe to Engadget on YouTube:
•Like us on Facebook:
•Follow us on Twitter:
•Follow us on Instagram:
•Add us on Snapchat: gadgetsnaps
•Read more:
Technology isn't all about bits and processors. It's the car with no driver, human organs printed in a lab and leisurely flights into space. It's the future and Engadget is here to tell you all about it.
Since 2004, Engadget has covered cutting edge devices and the technology that powers them. We're looking beyond the gadgets themselves to explore how they impact our lives.
Engadget is the definitive guide to this connected life.
Also on Engadget's YouTube Channel:
•“In Case You Missed It” (aka #ICYMI) is a daily clip show designed to dig up the offbeat and interesting stories that get buried by the biggest headlines. We'll bring you space and tech news, as well as internet lifestyle funk, and we'll round out each week's show with a headline blast to bring you the big stories you might have missed.
• “Dear Veronica” is an advice show for the modern era. Every week, Veronica Belmont will tackle questions from the audience on topics ranging from technology to social etiquette (and everything in between). 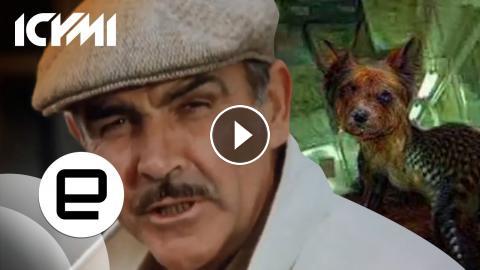 Today on In Case You Missed It: The British Film Institute is releasing thousands of mostly personal historical films online, but you'll need a VPN to...