2021 Land Rover Discovery will get two new engines – a turbocharged base inline-four and a mild-hybrid turbo inline-six – as part of a mid-cycle update.
Other changes include some minor styling alterations, some new interior features, and an all-new infotainment system. The so-called Pivi Pro interface debuted on the 2020 Defender, and it’s a huge improvement over the outgoing Land Rover InControl Touch Pro system, though we still found some faults with it in our time with the off-roader. Nevertheless, the updates Land Rover gave to the 2021 Discovery reaffirm its position in the company lineup as the “versatile” SUV family, alongside the refined Range Rover family and the rugged Defender.
Most significant among the 2021 Discovery’s changes are a new pair of gasoline engines, taken from Jaguar Land Rover’s Ingenium family. The new base engine is a turbocharged, 2.0-liter four-cylinder engine, which the company says produces 296 horsepower (221 kilowatts), matching the Defender. While still unconfirmed, the turbo four will produce 295 pound-feet (400 newton-meters) if it follows the off-roader’s lead there, too. The two-liter is found in the base Discovery S and the Discovery S R-Dynamic.

Available in the S R-Dynamic and standard in the HSE will be a 3.0-liter, mild-hybrid inline-six that makes 355 hp (265 kW) and a likely-but-unconfirmed 365 lb-ft (495 Nm). This powertrain currently comes in the base Range Rover Sport, where it serves up competent performance with turbine-like smoothness thanks to the straight-six engine layout. We’d expect the same of the Discovery. Maximum towing capacity hits an impressive 8,200 pounds, up from 7,716 in the outgoing SUV. The 2021 Discovery’s two new engines split the difference between the outgoing 3.0-liter supercharged V6, which made 340 hp (254 kW) and 332 lb-ft (450 Nm). 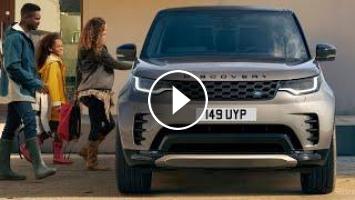