admin
When Microsoft announced in July that it was writing down almost the entire cost of its Nokia acquisition and laying off 7,800 employees from its phone division, many took it as a sign that the bell had finally tolled for Windows Phone. Despite a promising debut in 2010 and some very compelling offerings since, Microsoft's mobile platform has failed to gain significant traction, peaking at just 3.4% of the global market in 2013 before plummeting to its current low of 1.7%. Microsoft's restructuring, along with its move to port its Office productivity suite to iOS and Android, was seen by some as a tacit admission that it had lost the smartphone war – and mediocre hardware offerings like the Lumia 830 did little to change that perception.
The October launch of the Lumia 950 (and its larger sibling, the 950 XL) opened a new chapter in Microsoft's mobile history. The Lumia 950 is a bundle of contradictions: a halo smartphone in a ho-hum chassis; a cutting-edge operating system with a still-nascent ecosystem; a product built not necessarily to sell in volume, says Microsoft, but as a kind of concession to the long-suffering Windows Phone loyalists. In other words, the Lumia 950 is unlike any smartphone that's come before. While it probably doesn't represent the future of Windows on phones, it's one of the only two flagships available on the platform today. So is it worth the $600 Microsoft wants for it?
Only if you're a fan.
Subscribe:
About us:
Pocketnow has been a key source of mobile technology news and reviews since its establishment in 2000. With offices on three continents, Pocketnow offers round-the-clock coverage of the mobile technology landscape, from smartphones to tablets to wearables. We aim to be your number-one source for mobile tech news, reviews, comparisons, and commentary. If you love mobile as much as we do, be sure to subscribe!
Follow us:
Follow Michael: 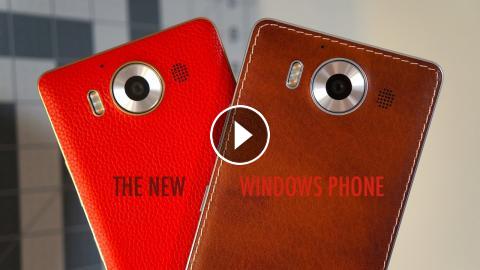 When Microsoft announced in July that it was writing down almost the entire cost of its Nokia acquisition and laying off 7,800 employees from its phon...