ava
See the differences between the current gen and previous gen versions of Outriders' prologue.

The demo for Outriders is now out, allowing you to play through the opening hours of developer People Can Fly's upcoming multiplayer-focused action RPG. You can play the demo on Xbox Series X|S, Xbox One, PS5, PS4, and PC--the only system that doesn't support the demo but will play the game at launch is Stadia.

In the video above, we do a side-by-side comparison of the Outriders demo, playing it both on PS4 and PS5. We take a look at how well the game performs on the two systems, both in terms of graphical quality and loading times.

In Outriders, you play as an Outrider, a specialized combat scout charged with leading humanity's exploration across a new world after the destruction of Earth. Mutated by a freakish storm upon your arrival, you become an Altered--someone who can bend the elements to their will. You have the choice of commanding earth, fire, time, or technology.

The demo for Outriders covers the opening chapter, which includes several campaign missions and optional side quests. Your progress in the demo will transfer over to the full game once it launches on April 1. Like that version, the Outriders' demo supports co-op, allowing you to team up with other players in three-person squads. 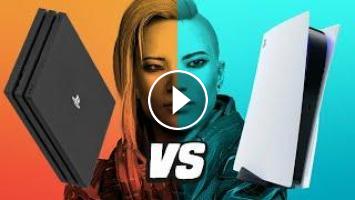 See the differences between the current gen and previous gen versions of Outriders' prologue. The demo for Outriders is now out, allowing you to play ...