Ramanujan - The Man Who Knew Infinity & the Akashic Records

ava
On December 22, 1887, a child was born in Madras, India, one of many in a country of, at the time, nearly 300 million people. He was given the name Ramanujan – meaning ‘the brother of Rama,’ a Hindu deity. But this was not just any child.
Before he hit puberty, Ramanujan had become a mathematical prodigy almost totally by accident. By the age of 11, he had exhausted and surpassed the knowledge of two college students who happened to be boarding with his family. At 13, he mastered advanced trigonometry without a teacher, alone, from a book someone had lent him, and began creating his own theorems. At 16, he stumbled by chance across a copy of G.S. Carr’s seminal work A Synopsis of Elementary Results in Pure and Applied Mathematics and began to work through its 5000 theorems. The next year, Ramanujan independently developed and investigated the Bernoulli numbers and calculated the Euler-Mascheroni constant to fifteen decimal places, completing as a teenager and without mentorship what the world’s greatest mathematical minds had painstakingly accomplished over centuries.

Ramanujan - The Man Who Knew Infinity & the Akashic Records 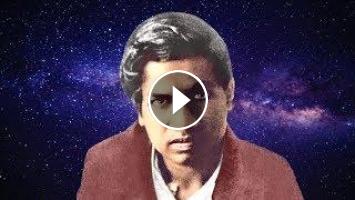