admin
In fall 2011, When Samsung announced its next smartphone would bear a display that measured 5.3-inches, corner to corner, I laughed. A lot of us did. At the time, 4.3-inch phones were commonplace, 4.7-inch phones were just beginning to roll out and seemed ridiculous, and 5.3-inches was just absurd.

At the time, we never would have imagined the Note series would have taken off like it did. It has become an unlikely success story and is now one of Samsung's most popular smartphone and tablet brands. Oh, and 5.3-inches is a thing of the past. Each generation has grown 0.2 diagonal inches, diagonally. The Galaxy Note II display measured 5.5-inches. And now the Galaxy Note 3 bears a 5.7-inch panel.

The even more bizarre part we never would have guessed? The Note series isn't even the biggest anymore. Samsung launched an even larger smartphone line, Galaxy Mega, and competitors like Sony have it beat with the mind-numbingly large Xperia Z Ultra.

There's much more to the Note series than size, however, and the Note 3 is a testament to that. It turns heads, inspires questions from passersby, and still manages to fit inside pant pockets. The question remains: is this the Note II successor we've been dreaming of? And is it worth your hard earned cash?

Read the full review on Pocketnow to find out! 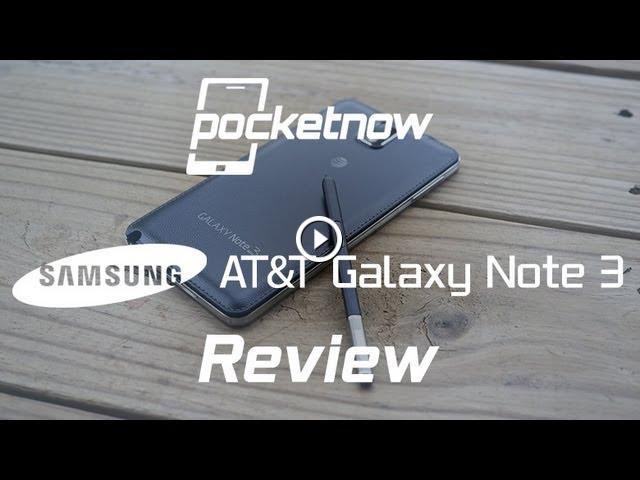 In fall 2011, When Samsung announced its next smartphone would bear a display that measured 5.3-inches, corner to corner, I laughed. A lot of us did. ...