Samsung recently announced that it will hold press conferences in Berlin, New York and Beijing on Sept. 3. The invite pretty much confirmed that this is where Samsung is going to unveil the Samsung Galaxy Note 4 to the rest of the world for the very first time. TechnoBuffalo will be covering the event live from two of those locations, Berlin where we'll be on the ground for IFA, and New York.

There have been plenty of leaks regarding what we can expect from the Samsung Galaxy Note 4, but until this week we still didn't really have any idea what it's going to look like. If the pictures we saw are legitimate, then we gain a little more knowledge as to what Samsung has up its sleeves. Still, the rumors of a curved Galaxy Note 4 aren't dying down, so we have to address the possibility of several models, too. MORE:

Let's take a look at what we're expecting the Note 4 to feature.

For more tech goodness, check us out at:

Add Us on Google+: 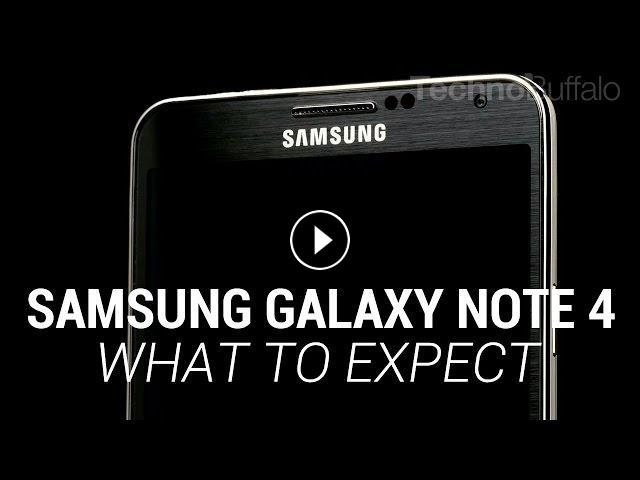