admin
Watch today's Pocketnow Daily as we talk about the Samsung Galaxy Note 8 and how its release might happen earlier. Then we talk about the LG G7 as new rumors point to design changes and even feature updates. Motorola is not dead according to some leaked renders of the Moto Z3 Play. Apple is next as it seems the company will once again struggle to have enough displays for its iPhone. We end today's show talking about the deals you can find for the latest iPad at Best Buy.
All this and more after the break.
Stories:
- Best Buy offering trade-in credit for 6th-gen iPad 9.7
- LCD maker Japan Display needs $500 million to make LCDs, not OLEDs
- Moto Z3 Play CAD renders show thin-bezeled device from all angles
- Fresh batch of LG G7 rumors tackles release dates, screen tech, camera aperture and more
- Does the LG G7 have a Bixby Button?
- Here we go again: Samsung tipped to be considering early Galaxy Note 9 release
Subscribe:
Graphics provided by: Motionvfx.com
About us:
Pocketnow has been a key source of mobile technology news and reviews since its establishment in 2000. With offices on three continents, Pocketnow offers round-the-clock coverage of the mobile technology landscape, from smartphones to tablets to wearables. We aim to be your number-one source for mobile tech news, reviews, comparisons, and commentary. If you love mobile as much as we do, be sure to subscribe!
Follow us: 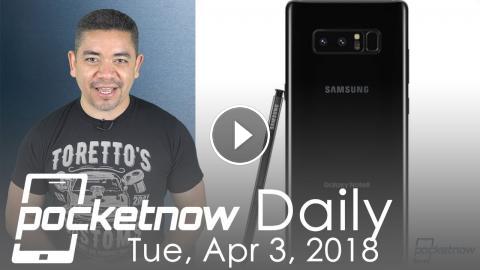