admin
For links to all the stories discussed on air, see the podcast post at Pocketnow:
Yo dudes. This week was gnar, dudes.
First we get word from Commodore that they're back (sorta) and they've got a fleshtone phone to prove it. Then we hear that some kind of modern-day Iron Man is building a phone out of liquid metal. Then we go hands-on with an all-metal, super-stylized ZTE phone, before hearing that Samsung's new smartwatch is gonna have a digital crown and a rotating bezel control. And that's not even half of the geekgasm that was this week in mobile tech.
All that plus your listener mail ahead on episode 157 of the Pocketnow Weekly! So turn on your sensors and warm up your receivers; this podcast is getting ready for a planetside flyby, and you'll not want to miss it. Watch the video broadcast from 1:00pm Eastern on July 17 (click here for your local time), or check out the high-quality audio version arriving after the broadcast. And don't forget to shoot your listener mail to podcast [AT] pocketnow [DOT] com for a shot at getting your question read aloud on the air!
Pocketnow Weekly 157
Recording Date
July 17, 2015
Hosts
Michael Fisher
Stephen Schenck
Hayato Huseman
Producer
Jules Wang
Podcast Rundown

Sponsor
(00:01:30)
MOD
The Pocketnow Weekly podcast is brought to you by MOD in a Box! The brainchild of former Pocketnow editor Taylor Martin, MOD in a Box is a monthly subscription service that sends you materials to make three useful, awesome DIY projects that can be made with tools you probably already own. MOD in a Box is part of a movement to get you away from your texts, sexts, and Xbox, and get you back to using your hands and making stuff. You know, like our ancestors did. To get started, pay them a visit at to see what they can help you make this month – and tell 'em Pocketnow sent you!
News
(00:5:00)
Devices
Commodore returns with the Commodore PET smartphone
Preorders start July 31 for Turing Phone
ZTE Axon goes official with 4GB RAM, dual cameras, HiFi audio support
HTC rolls out new Desires
HTC officially bringing the One M9+ to Europe
Motorola shares plans for July 28 phone event
2015 Moto G leaks in real-life images
Waterproof Moto G launch rumored
Motorola preparing Moto G MotoMaker?
Bunch of Motos leaked
Is this the 2015 Moto X or an upcoming Droid?
Apparent Galaxy Note 5, 6 Edge+ documents hint at upcoming launch
Marshall "amplifies" its product portfolio with new smartphone
Samsung Gear A specs leak
Developments
Apple, Samsung pushing for e-SIMs to become a thing
Xiaomi talks plans for expansion into US market
Oneplus invite system gets improvements 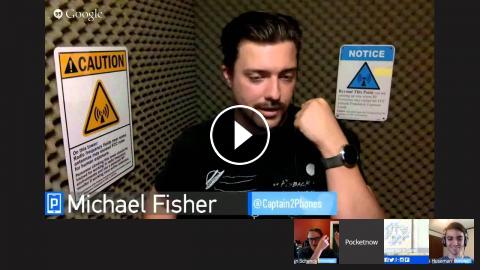 For links to all the stories discussed on air, see the podcast post at Pocketnow: Yo dudes. This week was gnar, dudes.First we get word from Commodore...