Julie Gilhart (Moderator) is a veteran and pioneer in the fashion industry. Formerly the Fashion Director of Barneys New York for 18 years, she was at the forefront of nurturing and discovering new talent on behalf of the iconic retailer including Alber Elbaz, Alexander Wang, Ricardo Tisci, Proenza Schouler and many others.

Currently she consults for several organizations, linking the fashion community to environmental and social causes even founding her own organization to help with disaster relief called Fashion Girls for Humanity.

Tess Giberson is a fashion designer whose collections are recognized for their minimal tailoring and reference to craft. You can see Tess' designs on the floors of primer retailers internationally including Barneys New York, Isetan and Saks.

In addition to support from within the fashion industry, she has been recognized by the design and art communities. Her work has been exhibited at Taka Ishii Gallery in Tokyo, the Cooper Hewitt National Design Museum Triennial, The Museum of Contemporary Art in Los Angeles and the Victoria & Albert Museum in London.

Alia Raza directed Tess SPRING 2014 video and is a multimedia artist focusing on video, fragrance, and performance. Her work has been screened internationally at the Palais de Tokyo in Paris, the Scope Art Fair in New York and the Marfa Film Festival, among many other galleries and screenings. She has collaborated with Chloe Sevigny, Terence Koh, Tavi Gevinson, Julia Restoin Roitfeld and many other artists and performers.

Caroline Polachek provided the original music for the video. She is the singer, composer and producer of the New York based experimental pop ensemble, Chairlift. In 2008 an unexpected iPod commercial propelled the group onto a 16-month tour and a deal with Columbia Records. Chairlift has since served as a cross-platform outlet for Caroline's videos, choreography and graphic design which is inspired by the interaction of technology, emotion and movement. Most recently she produced the track "No Angel" for Beyonce's latest album, released in December. 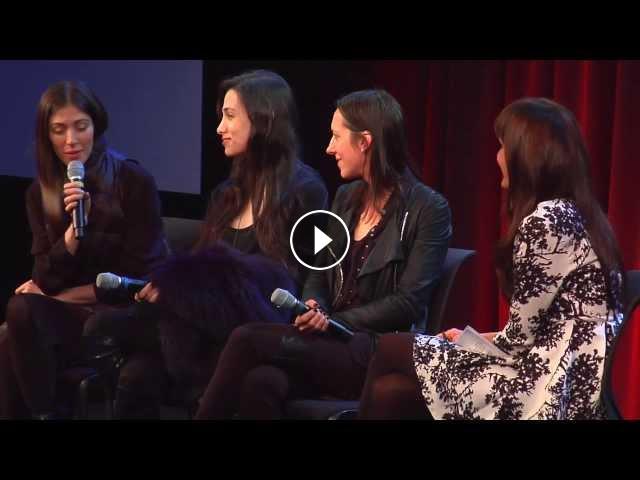