The Moon is Artificial and I Can Prove It: Alien Observatory

ava
Help my channel here:
or here:
T-Shirts:
No doubt you’ve heard some of the completely unexplainable stories about the moon. There are the enigmatic structures that made front-page news of major new publications… but were then dismissed from all media, and even photo-shopped out of photos. There are the strange “lunar wave” videos of recent years, which seem to show the moon’s image actually jumping - as though it were a projected hologram; and.. you only need to search YouTube to see hundreds of entirely credible videos of strange lights, flurries, and unidentified flying aircraft departing and landing on the surface of the moon.
Yet, the US supposedly quit landing on the moon in 1973, was our every scientific question answered? Why are these credible testimonies ignored… or dismissed? Could there be more to that ball in the sky than meets the eye
If you research the moon, you might be surprised. Its reference in ancient history, its perfect geometrical symmetry, astronaut testimonies, all seem to point to only one logical conclusion: that our moon is most likely a hollowed out structure, and an artificial satellite, that was intentionally placed into Earth’s orbit only a few hundred thousand years ago – and that the advanced engineers accomplished this intending not only to influence the Earth’s biology but to oversee and control her inhabitants.
Written & Narrated by E. Firestone
www.BestNarrator.com
Scenes from History Channel's Ancient Aliens were used under Fair Use

The Moon is Artificial and I Can Prove It: Alien Observatory 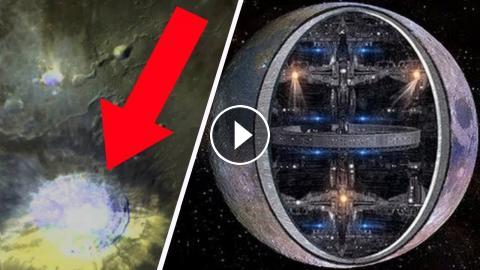 Help my channel here: or here: T-Shirts: No doubt you’ve heard some of the completely unexplainable stories about the moon. There are the enigmatic st...