admin
All dogs are loveable in their own way, but let's face it, for some of them their heartstring tugging powers come from how weird they look.

All dogs are loveable in their own way, but let's face it, for some of them their heartstring tugging powers come from how weird they look.

Here are the 10 quirkiest-looking breeds out there.

Number 10. Bedlington Terriers. These dogs have curly, wool like coat which gives them an appearance of a lamb. Originally from Bedlington England, the breed can be traced back to the 18th century.

Number 9. Tibetan Mastiff. Several Sasquatch sightings were probably just glimpses of this dog. Weighing in at up to 280 pounds, much of which appears to be hair, this giant is said to be highly protective of its humans. Guests aren't always welcomed warmly.

Number 8. Chinese Crested. These dogs usually weigh about 10 pounds and come in two types: 'Hairless' and 'Powderpuff', meaning with fur. Since this breed sheds little or no hair, they are on American Kennel Club's list of dog breeds, good for people with allergies.

Number 7. Puli. The herding dog no doubt puts up with a lot of mop jokes, given its thick, roped coat, which comes in grey, white, or black. Now, they often end up in fancy shows, but a thousand years ago, their bread and butter came from gathering flocks for Hungarian Shepherds.

Number 6. Brussels Griffon. This bearded toy breed is a mix between Affenpinscher and the Belgian street dog. They were first used to catch stable rats, but eventually assumed the significantly cushier roles of house pet and movie star.

Number 5. Neopolitian Mastiff. This huge and wrinkly sort has quite a lineage, stretching through ancient Egypt, Persia, Mesopotamia, and Asia. They were also used during wartime by Romans and as guard dogs on estates in northern Italy.

Number 4. Russia Borzoi. This is what happens when a heavy coated local variety is crossed with an Arabian greyhound. The Russian aristocracy bred them as hunting dogs. When it comes to tracking prey, the Borzoi does it by sight rather than smell.

Number 3. Lowchen. In Pre-Victorian Europe, women took to cutting this breed's fur so the dog resembled a little lion. Not only did the style cut down on matting, it made the small canines more effective foot warmers, as the furless areas were toastier.

Number 2. Azawakh. This tall and graceful dog hails from the countries of Burkina Faso, Niger, and Mali. It's a traditional companion animal among the Tuareg, a nomadic people of West Africa.

Number 1. Pumi. Among its stand out features are erect ears and a perky tail. Don't let its whimsical appearance fool you, the breed is known to be masterful at all sorts of tasks including herding, hunting and protecting. 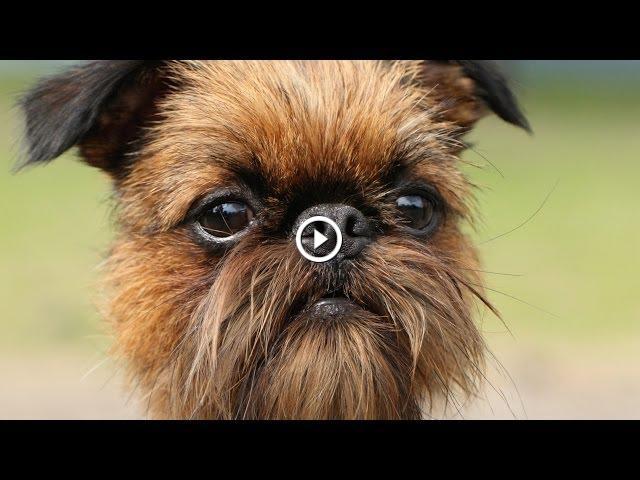 All dogs are loveable in their own way, but let's face it, for some of them their heartstring tugging powers come from how weird they look. All dogs a...