admin
Join the fun on August 10th!
After debuting as an Xbox Game Preview title at the 2016 Xbox E3 Briefing, “We Happy Few” 1.0, which includes an all-new narrative and community-driven improvements, will launch on Xbox One and Xbox One X (with 4K and HDR support) on August 10, 2018. “We Happy Few” is a narrative-driven action adventure game set in a drug-fueled, retrofuturistic 1960s England. Uncover the mystery of Wellington Wells as you play through the interwoven narratives of three moderately terrible citizens (Arthur, Sally, and Ollie) trying to escape from a lifetime of cheerful denial. 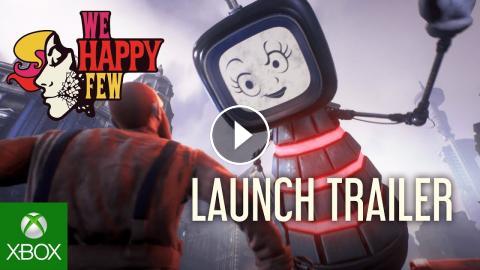