Why Apple Is Having So Many Problems Right Now

Ava
Apple has been having a lot of issues with its products. HomePod shipped late and most reviews found it to be underwhelming, the new MacBook Pro keyboards seem to have a high failure rate, and its software has been riddled with bugs. Senior Correspondent Steve Kovach sat down with former Apple analyst and Loup Ventures Head of Research Gene Munster to figure out why Apple has been having so many problems with its products.
Tech Insider tells you all you need to know about tech: gadgets, how-to's, gaming, science, digital culture, and more.
Subscribe to our channel and visit us at:
TI on Facebook:
TI on Instagram:
TI on Twitter:
--------------------------------------------------
Following is the transcript of the video:
Steve Kovach: Outside the iPhone business, is Apple ignoring or neglecting these other important verticals? HomePod is one, it was mediocre reviews, lukewarm reviews. Maybe it shipped late, they missed their date by a couple months. Same story with AirPods, they missed their launch with AirPods.
Gene Munster: There's always been things that have, Apple has struggled with. Originally, going back to when the iPhone, just before the iPhone was launched, Steve Jobs made an announcement and said that they are going to delay the release of the upcoming macOS to focus engineers on getting the iPhone out on time. That was a big one, and I think that there always have been cases of these. It is true that there are more examples, but when you look at it in the context of the company and they're still getting the big stuff right.
Kovach: Which is iPhone, two-thirds of their revenue.
Munster:  iPhones, two-thirds of the revenue, I mean that really is where it is. And you can say that the services and empowering the whole services business, they're getting that right too.
Kovach: What about on the software side? So, iOS 11 has been routinely criticized for having a lot of bugs and stability problems. There have been, like you said, a lot of version updates since it came out last fall. Indication seems to be iOS 12, when it comes out later this year, is going to patch up a lot of that. They're gonna put a lot of features on the back shelf, or on the back burner, rather, in order to focus on stability. Is this a bigger theme moving forward? Are they taking software bugginess more seriously now? Is that what we can expect from iOS releases moving forward?
Munster: They've gotten a lot of heat in the last six to nine months about the bugs and the magnitude. And I think that they are starting to pull back some features based on that, and trying to work on the stability of it. The rationale of why there's more bugs is the phones are doing more today. If you think just about adding an AR component to the underlying OS, iOS the 10, the iPhone 10 has the same, runs the same operating system as the other phone. As you add an element like that, it creates some complexity that can make other aspects of it unstable. There's always been innovation, so it's not an excuse, but I think that there is an accelerating complexity to these phones. Where the rubber really hits the road is, do people with all these bugs still wanna upgrade and keep their phones? We measure this periodically, and still seeing above 90, 90 to 93 percent of people, at least in the U.S. who own iPhones, say they wanna continue to own it. I think these are annoyances but don't really fundamentally change how people feel about their iPhone.
Kovach: They're still gonna get the new one next year or the year after when they're ready to upgrade, despite these buggy problems. There's also this hunger though for, to wow people with every WWDC. We need to have some whiz-bang feature in iOS, on macOS. How do you see them balancing that? We have to make sure it's stable, but we also have to show that we're innovating it. Is one gonna have to take the backseat to the other?
Munster: Yeah, I think that you may see some things get pulled out of some things like WWDC, I don't know what that might be, but there's been examples of Google and Facebook, more recently, Facebook was rumored to have had a smart speaker that they pulled back because of privacy things and just needed to vet all that out. I think that these companies are being more measured in some of the things that they're showing, so that probably means that our optimism about new whiz-bang features probably need to be a little bit more reasonable going into something like WWDC early next month.

Why Apple Is Having So Many Problems Right Now 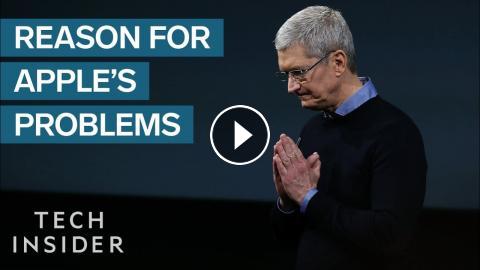 Apple has been having a lot of issues with its products. HomePod shipped late and most reviews found it to be underwhelming, the new MacBook Pro keybo...