WOW! Signal: This Mysterious Signal May Be The Greatest Evidence Of Alien Life To This Day

admin
On a summer night in 1977, Jerry Ehman, a volunteer for SETI, the Search for Extraterrestrial Intelligence, recorded the strongest hard evidence of extraterrestrial life in human history. Ehman was scanning radio waves from deep space, as his volunteer position entailed, hoping to come across a signal that bore the hallmarks of one sent by intelligent aliens. And on that night, he saw his measurements spike, in a big way. The signal lasted for 72 seconds, the longest period of time it could possibly be measured by the array that Ehman was using. It was unmistakable, and appeared to have originated from within the Sagittarius constellation near a star called Tau Sagittarii, 120 light years away. Ehman wrote the words "Wow!" on the original printout of the signal, thus its being known as the "Wow! Signal." If you’re wondering what the fuss is about the signal, think of it this way -- the signal that was received was at precisely the right frequency that wouldn't be interpreted as noise, and wouldn't be intercepted along its journey. In other words, if we were going to send a signal out into the universe to try to communicate with an alien race, that’s exactly the frequency we would use. Despite the incredible occurrence however, all attempts to locate the signal again have failed, leading to much controversy and confusion about its origins and its meaning.

WOW! Signal: This Mysterious Signal May Be The Greatest Evidence Of Alien Life To This Day 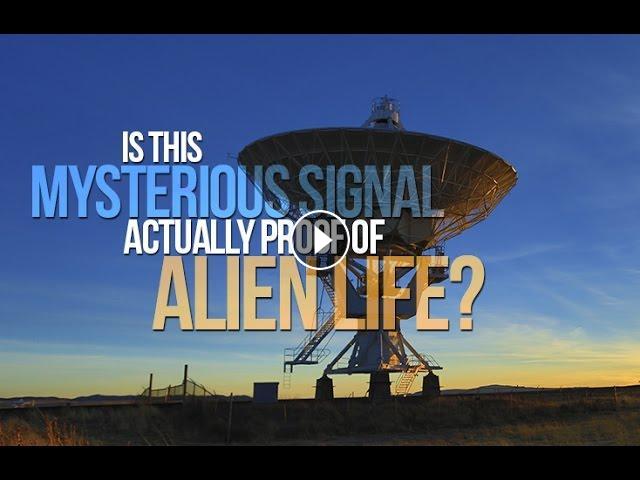 On a summer night in 1977, Jerry Ehman, a volunteer for SETI, the Search for Extraterrestrial Intelligence, recorded the strongest hard evidence of ex...