The 2019 MKZ packs plenty of standard features, so there's a certain amount of value to be had here considering rival cars are typically more expensive. The MKZ's fuel-sipping hybrid engine is appealing, as is its easy-to-use infotainment system.

There are some downsides, though. The interior is a little too cozy for a vehicle of its exterior size, and some of the materials used are lackluster in quality. The base four-cylinder engine's performance is also underwhelming. Overall, though, we think the MKZ is worth taking a look at if you want value from a car that's not the typical European or Japanese luxury sedan.
The 2019 Lincoln MKZ is available with three powertrains — a four-cylinder, a six-cylinder and hybrid — and three trims. The base MKZ comes well-equipped, but go with the Reserve I to get additional interior and technology options. The Reserve II increases luxury amenities and technology even further.
Luxury hybrids don't usually attract buyers for their performance, but most offer healthy acceleration so you don't feel like a rolling obstacle. The MKZ is not like that. It's also not very happy hustling through tight, twisty turns. But it's perfectly acceptable around town.
Acceleration
5.5
The MKZ Hybrid suffers from lackluster acceleration from a stop. It doesn't react quickly to throttle inputs at speed, and you have to really dig into the pedal for any semblance of speed. It manages an unimpressive 0-60 mph time of 8.6 seconds. Most competitors are a couple of seconds quicker. 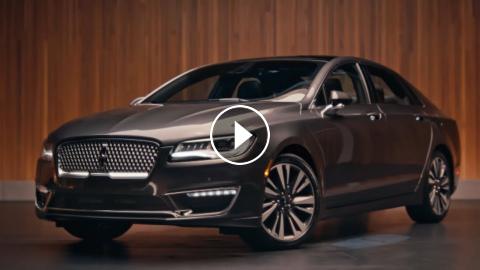