Highs A showcase of high-tech features, beautifully-tailored and delightfully serene interior, rear-axle steering makes this barge surprisingly nimble.
Lows A noticeable lack of flashiness, some craftsmanship sacrificed for digital instrumentation, adaptive cruise had inconsistent behavior in heavy traffic.
Verdict As the flagship of Mercedes-Benz, the S-class has the company's most innovative technology and unquestionably high levels of luxury.

What's New for 2021?
The 2021 S-class sedan ushers in an all-new generation. It attempts to improve on the outgoing model by offering more style, more luxury, more space, and even more technology. We expect the high-performance AMG variants and the ultra-luxurious Maybach model to debut sometime after that. While Mercedes has said that there won't be a next generation of the S-class coupe and convertible (called cabriolet), those 2020 models will carry over into 2021 without any changes. 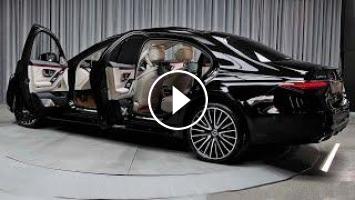