9 Places Either Gone Or On The Verge Of Disappearing

Added 4 years ago by admin
92 Views
Here are 9 places that, according to Staysure, are either gone or on the verge of disappearing.

Both nature and humankind have made some truly astounding achievements, but not all of them endure.
Here are 9 places that, according to Staysure, are either gone or on the verge of disappearing.
Number 9. Chacaltaya Glacier, Bolivia. The South American site was once popular among skiers and for a time even boasted the world’s highest ski lift. After decades of decline, the mass vanished in 2005.
Number 8. Boeung Kak Lake, Phnom Penh, Cambodia. Once the country’s largest wetland located in an urban area, it was leased to a developer in 2007. Within three years, that entity had filled 90% of the expanse with sand.
Number 7. The Pont des Arts Love Locks, Paris, France. Over the years, millions have inscribed their initials on a padlock, affixed it to the bridge railing, and tossed the key into the River Seine. As the weight of the locks was causing safety concerns, the practice is no longer allowed.
Number 6. The Firefall, Yosemite National Park, California. In 1872, workers at a Glacier Point hotel began creating a 3,000-foot cascade of embers by pushing burning material over a cliff’s edge. Though the spectacle was stopped in 1968, a reenactment was performed in 2012.
Number 5. Mt. Humboldt, Venezuela. Another once-popular attraction for skiers, the upper part of the more than 15,000-foot-high glacier began to succumb to climate change in the 1980s. Now, opportunities to whoosh down its slopes are rare at best.
Number 4. Lascaux Cave Paintings, Vézère Valley, France. Tourists once flocked to the locale to take a look at the works, some of which date back as far as 17,300 years. That contact, as well as some measures intended for preservation, caused damage. Since 1963, it is no longer accesible.
Number 3. Venice, Italy. The marshy islands serving as many buildings’ support are wearing down, in part due to human industrial endeavors, and the city is sinking. Measures to slow the process were introduced in the 1970s, but flooding has nonetheless become an increasing problem.
Number 2. The Nazca Lines, Nazca Desert, Peru. Created between 500 BC and 500AD, the geoglyphs spent most of their existence largely undisturbed. Tourism, area mining, and infrastructure expansions are now compromising the durability of the site.
Number 1. The Great Barrier Reef, North-Eastern Australia. The underwater string of thousands of smaller reefs and around 900 islands is being debilitated. Coral bleaching is among the largest problems, and climate change is at the top of the list of damaging agents.
Which loss do you think has been or will be the most devastating?

9 Places Either Gone Or On The Verge Of Disappearing 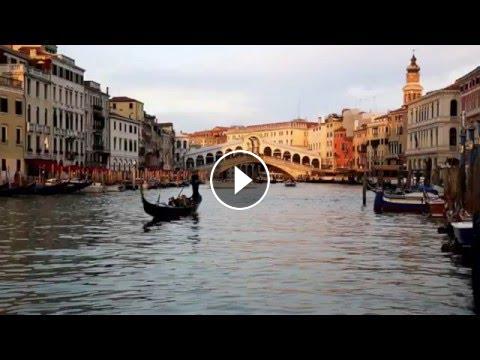 Here are 9 places that, according to Staysure, are either gone or on the verge of disappearing. Both nature and humankind have made some truly astound...