Jon R is back to discuss various topics in and out of the tech world. On this week's episode, Jon riffs on the Amazon Fire Phone. Rumors of an Amazon-made smartphone have been circulating for the past couple of years and today we finally got to see what all of the hype was about. The Amazon Fire Phone is a 4.7-inch device that packs a lot features which aren't found in other smartphones, iOS or Android. Special sensors on the Fire Phone create a 3D-like experience that Amazon calls Dynamic Perspective and Mayday, a feature found on Amazon's Kindle HDX tablets, will also be making its way over to the smartphone. As an added bonus, Amazon is also bundling a 1-year membership to Prime for a limited time. Amazon packed a lot of cool things into their first smartphone but will it be enough to compete against other Android handsets and Apple's iPhone? All this and more in this episode of Rettinger's Riffs! MORE: 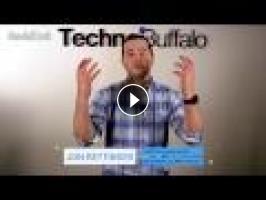