I think the last time I truly loved an iPhone, we were still not even reviewing them. Apple's iPhone 4 was such a dramatic leap from anything else out there, that it got me to switch. The design was bold, the Retina Display was fantastic, but what really sold me on it was the camera. See, in 2010, smartphone cameras were terrible, and especially for video. The iPhone 4 was the first to take this seriously, so much so that some of the photos and 720p footage I have of my children is still looking great today.

Trusting any device with your memories is a big deal. I don't think I ever reached that level of confidence with Android until the Galaxy S6 a whopping 5 years later, but then the tables turned. iPhones still owed video, but photos became Android territory. And let's face it, the last three generations of Google Pixel were enough to have Apple playing catch up... at least until now.

This is the iPhone 11 Pro. What Apple dubs as Pro Performance, Pro Cameras, Pro Everything. And true, lately the word Pro gets tossed around a lot, and yet, this is the first time that I can actively say that I don't just trust an iPhone with my memories, but also some of my work load.

Yes, I know that's shocking to hear from a guy like me, which is why I took so long to test this phone. I just couldn't believe that history finally repeated itself. The last time I felt this way about an iPhone was 9 years ago, so bare with me as I tell you why. I'm Jaime Rivera with Pocketnow, and this is what using an iPhone 11 Pro feels like for more than two month. 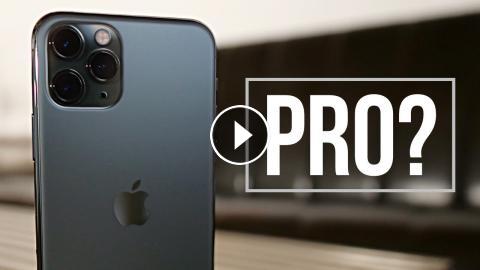