On Pocketnow Daily, Tim Cook just went on record to talk about scrutiny and a possible China ban. Apple seems to be forcing their Sign In with Apple feature to developers. Huawei just confirmed that they aren't scaling down their production and their orders are still the same. However, Samsung is scaling down their production in China and leaving it at 1%. The Samsung Galaxy S10 in Canary Red is now available in selected regions. We end today's show with deals for the iPad Mini 5. 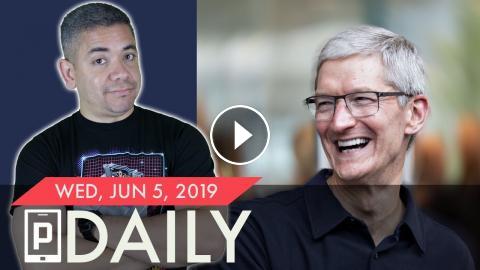 Learn more about the OnePlus 7 Pro here:https://www.oneplus.com/7proOn Pocketnow Daily, Tim Cook just went on record to talk about scrutiny and a poss...