Following an early morning status check of their vintage electronic equipment, two computer engineers "throw down" in an awkward dance-off that innacurately echoes the development of information technolgy and the internet from 1951 up to the present day. The film features a catchy jingle by pop impresario Jim Guthrie.

*: The point at which a given species cedes planetary control to robots or machines.

Production notes: This film was produced by Superbrothers in 2006 before the establishment of Superbrothers Inc., but it was not until after incorporation that the film was eventually released. Critical reception of the film was positive, although most felt that the aim of the film was less lofty than its acclaimed predecessor THE CHILDREN OF THE CLONE, and that its creators had gone soft, already drifting from their revolutionary roots.

Interestingly, the film caught the attention of a number of internet web logs, leading to criticism by the notoriously tech savvy internet web log users, who responded harshly to home viewings of the film with comments like these: "Lame. Stupid. Fail. The depiction of Computer Systems of each period are so innacurate as to be totally misleading." or worse, "Lame on SOOOO many levels. Not even deinterlaced properly, which is amazing considering it's trying to look 8-bit. I was wondering how this crap got voted up, then saw, of course, Mr.BabyMan's fan army voted it up". 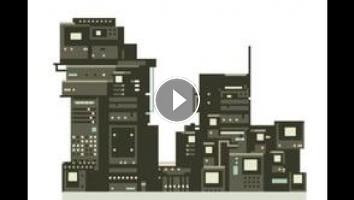