Call of Duty: Black Ops Cold War and Warzone are entering Season 2 with a new battle pass that focuses on zombies. Based on recent trailers, zombies are expected to invade both the Dirty Bomb maps and Warzone. Currently, in Warzone, the developers are building unanswered mysteries such as a dark ship approaching the shore, and an inactive Trail Computer from Zombies has been found.

In this video, we’re going to take on the newly released Outbreak mode which involves fighting the undead on a much larger scale than previous maps Die Maschine and Firebase Z. The new experience places squads of four in free-roam environments where they will take part in objective-based modes such as defend, escort, retrieve, eliminate, and holdout. Even though the maps are open to explore, players will still be able to extract or continue after each phase. Familiar staples such as the Crafting Table, support items, armor, and weapon upgrade machines, Pack-a-Punch, and Perk vending machines will all be present. Rewards for Outbreak include the new Refined and Flawless Aetherium Crystals, allowing players to upgrade skills to tier four and five. The previous cap was three. Zombies modes also typically involve secret areas, mysteries to solve, and Wonder Weapons. Over on Call Of Duty’s battle royale map, we still don’t know what is going to happen with the season pass listing Warzone’s event as “A dark wave approaches Verdansk.” Join us to find out. 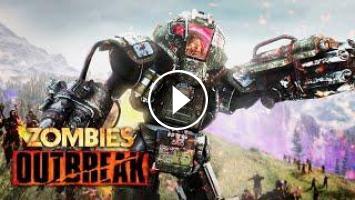